The Registered Trustees of

SC Hospital is a constantly evolving hospital for the poor and the poorest from the vast area of the Lake Zone and the city of Mwanza.

The mission
of the foundation

The SC Hospital is under the administration of the independent SC Clinic Foundation, which was founded by Missionary Doctor Thomas Brei and is recognised by the Tanzanian state as a non-profit non-governmental organisation (NGO / Trust). The support from Germany is coordinated by MISSIO München and by the Abteilung Weltkirche (World Church Department) of the Archdiocese of Munich and Freising.

The purpose of SC Hospital is to provide medical diagnosis and treatment at a more modern level of scientific standards as it is commonly the case in Tanzania’s primary health care system, including for the many people who fall through the very fragile and wide-meshed social network in Tanzania (the majority of people do not have health insurance and many live below the poverty line). 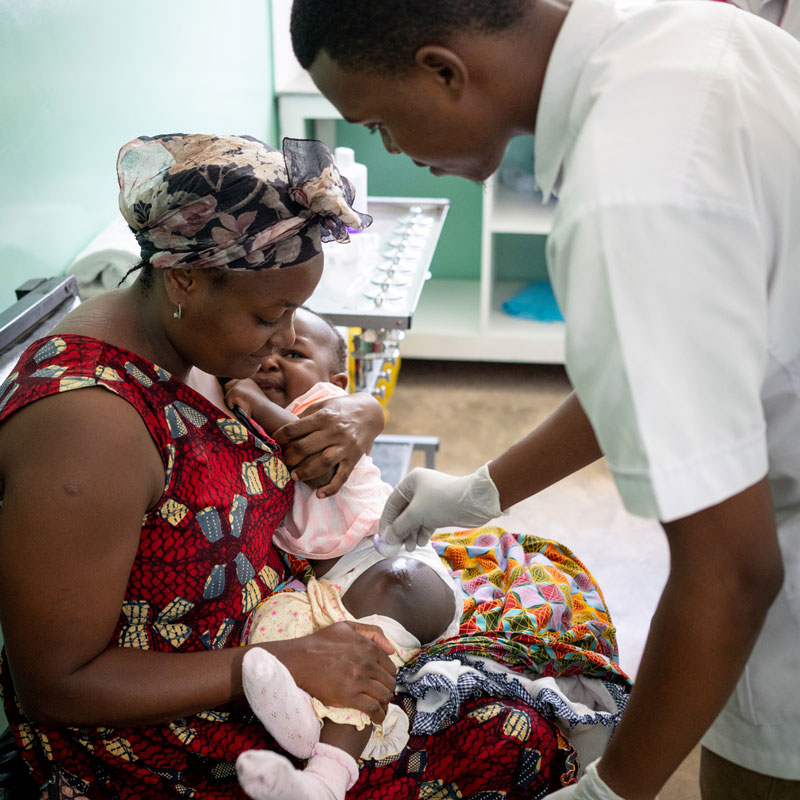 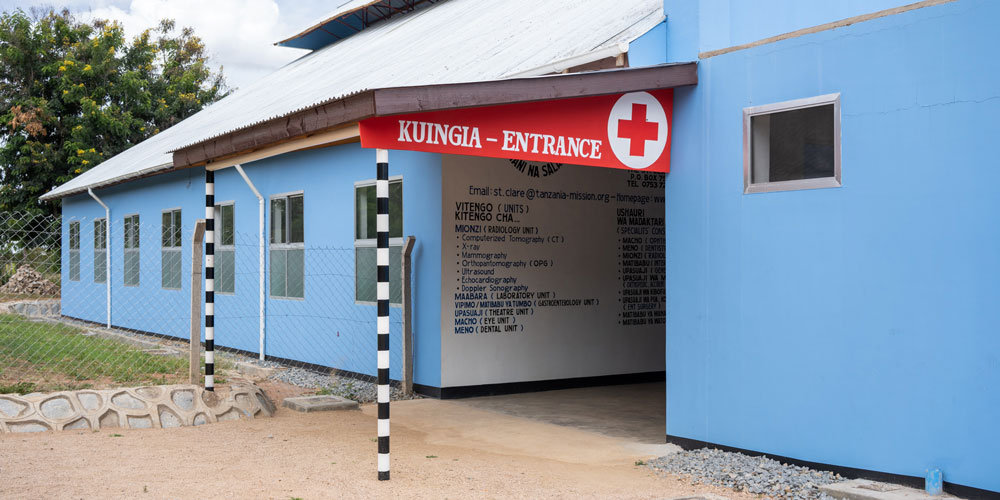 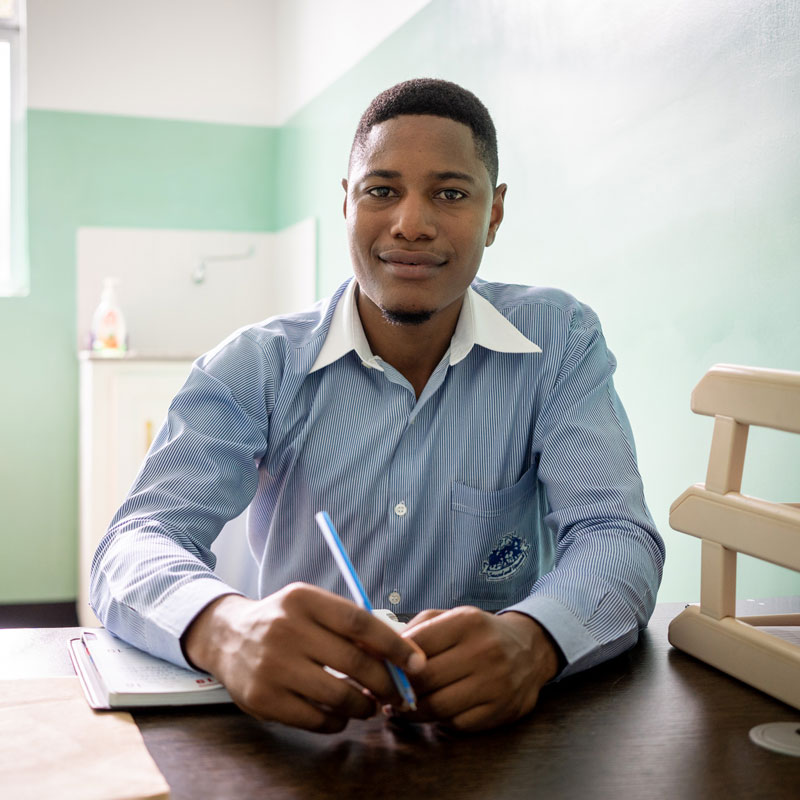 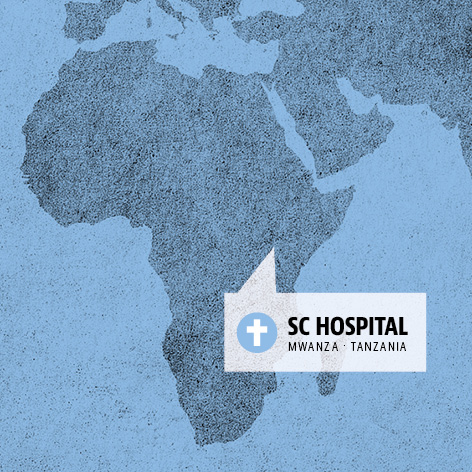 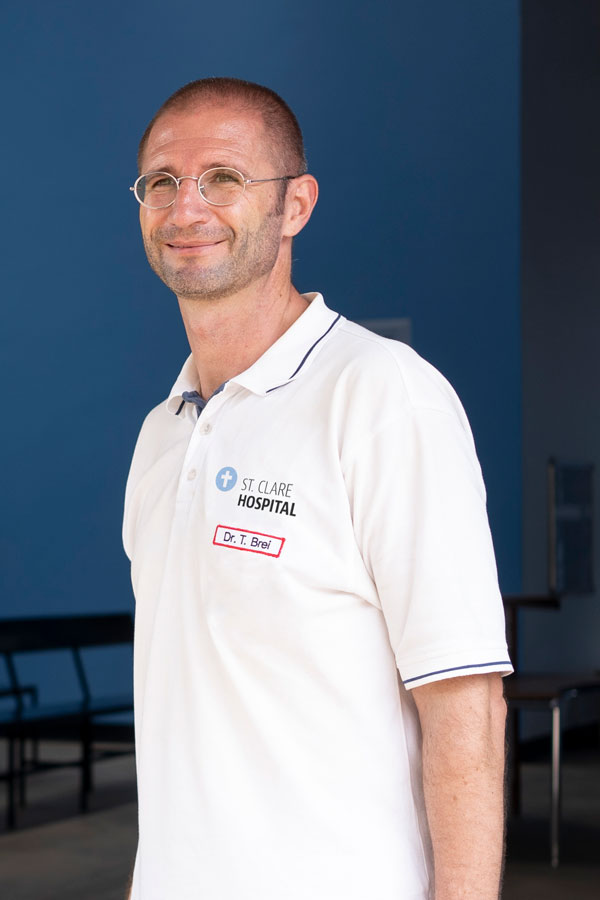 As a child in the 1970s, I saw the images of starving and sick people in Africa on the TV news; each time it drove tears of compassion and sorrow into my eyes. These impressions held me tight and accompanied me into adulthood – and determined my career choice: I wanted to help people and reduce their suffering. After a few years in pastoral care at my home diocese, I was allowed to go to Tanzania in 2011 as a Fidei Donum priest of the archdiocese of Munich and Freising and as a missionary doctor, in order to live my two callings as a pastor and as a medical doctor in service to the sick and poor.

“The Protestant pastor Albert Schweitzer, who later became a doctor and moved with his wife Helene more than 100 years ago to the Central African country of Gabon, where he wanted to help the poor sick people in the area of the Ogowe River, wrote: ” I wanted to become a doctor so that I could act without any talking. For years I had pretended to be a doctor in words […] But I could not imagine this new activity as a talk about the religion of love […]. My work and my environment in Tanzania teach me every day how important patience, perseverance and staying power are – but especially that God can do everything, but man very little: In all modesty and with modest expectations, with God a great deal can still be achieved! 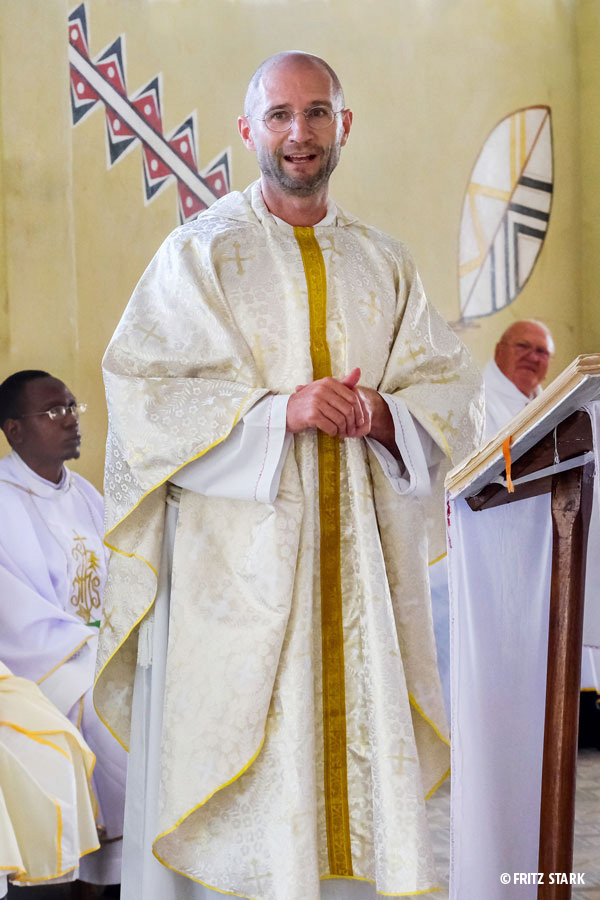 Without donations, SC Hospital would not be possible, many young people would not have a job, and my wish to live my calling here by building a hospital for the poor and sick would not be close to being fulfilled.

It is wonderful when bright shining children's eyes run towards me. Thanks to kind people - no matter the colour of their skin - I really do feel at home here, for which I am infinitely grateful.

After an accident with my motorcycle I was without a job and desperate to figure out how to feed my family. But Father Thomas gave me a roof over my head and a small job as a security guard.

Background on the SC Hospital Foundation

The majority of Tanzania’s population – the average age is 18 years (in comparison: the average age of the population in Germany in 2015 was 42.8 years for men and 45.6 years for women, according to the Federal Institute for Population Research) – simply cannot afford adequate, modern medical diagnostics and therapy. In a country like Tanzania, of course, a major focus must be on children and adolescents if a health facility is to be open to the country’s entire population.

Thankfully, the basic medical care in Tanzania has improved throughout the country in recent years – almost everywhere, even in remote places, one can find mother-child clinics, in which the vaccinations recommended by the WHO are administered and preventive programmes in pregnancy and early childhood are carried out; there are Care and Treatment Clinics (CTC) for the care of HIV-infected persons distributed throughout the country; likewise tuberculosis clinics; leprosy has almost disappeared nationwide. Antibiotics for the treatment of the most important general medical and tropical infectious diseases are available almost everywhere.
At the same time, the number of general practitioners has risen sharply in recent years, as a large number of small and very small training institutes have released large numbers of students into the labour market each year.

The great demand has shifted to specialist medicine, since the easily treatable health issues that are common in Tanzania are treated on a broad scale and a more comprehensive diagnosis is possible than in the past. As a result, serious illnesses can be diagnosed but due to the lack of specialists, the concentration of the density of specialists in the area of the largest cities and the lack of specialised medical facilities, they often cannot be treated at all or only very inadequately.
The greatest scarcity is indeed competently performed surgeries of all kinds – the number of surgeries is too low and the prices too high for the local conditions and the general population; the health insurance companies, which are chronically underfinanced as well as the entire health care system in Tanzania, only cover a small part of the surgery requirements for the still few insured persons.

The guiding principles for the work of SC Hospital come from the Catholic Social Doctrine, which was founded by Pope Leo XIII in the 19th century: Our concept is based on the contents of the terms “solidarity” and “subsidiarity”. In our context, solidarity means making SC Hospital equally attractive to the poor and the rich: The medical treatment is of the same high quality for all, while special and additional services (e.g. single room, fast track treatment) are paid for by private patients according to the service provided; the income from special and additional services subsidises the general health services for the economically weak patients. Subsidiarity, on the other hand, means that we encourage every patient to contribute to the financing of his or her treatment as much as possible – in comparison to the usual local rates at lower and often the lowest prices; without, of course, ever neglecting urgent emergency aid.

SC Hospital is located on the grounds of the Sisters of St. Clare of Assisi on the outskirts of Mwanza on the shores of Lake Victoria. According to Franciscan tradition, Clare had admitted St. Francis to the monastery of San Damiano near Assisi for nursing care, when he was weakened and ill at the age of only 40 years by his ascetic and deprived lifestyle, marked with the wounds of Christ and almost blind – there Francis himself almost blindly composed the famous Canticle of the Sun. For this reason it seems most fitting that a hospital among the Poor Clares Sisters should bear the name of this patroness.
Nonetheless, the community of the Poor Clares is an order of contemplation, cloistered and secluded prayer – the sisters, who came from France and India (Kerala) more than 60 years ago, but are now entirely native Africans, therefore do not perform the immediate service at the hospital, but serve the patients in administration, laundry, sewing and kitchen.

Report from Bayrische Rundfunk on the opening of the outpatient clinic, March 2019

Current status of the progress of the SC Hospital

Since 2015, we have continually expanded our diagnostic capabilities in laboratory and imaging: The laboratory offers examinations in the fields of hematology, blood coagulation, clinical chemistry, biochemistry and microbiology – soon it will also be possible to create diagnostic bacterial cultures and resistance testing.
The Radiology Department has conventional x-rays, CT scans and ultrasound at its disposal; in addition, Doppler and echocardiography examinations can be performed, as well as urographic examinations, mammography and ortho-pantomography/dental x-rays.
An emergency triage department, a large outpatient clinic, a women’s/children’s ward and a men’s ward have been established. In between there is a large surgical wing with a central trauma surgery, urology, eye surgery and abdominal surgery; also a delivery room. Adjacent to the eye surgery is the eye clinic. Next to the men’s ward is a well-equipped modern dental clinic. Three ambulances are available for patient and rescue transport.

We thank all our supporters and helpers!

Our supporters page is currently being restructured and will be back soon!

Support us and donate 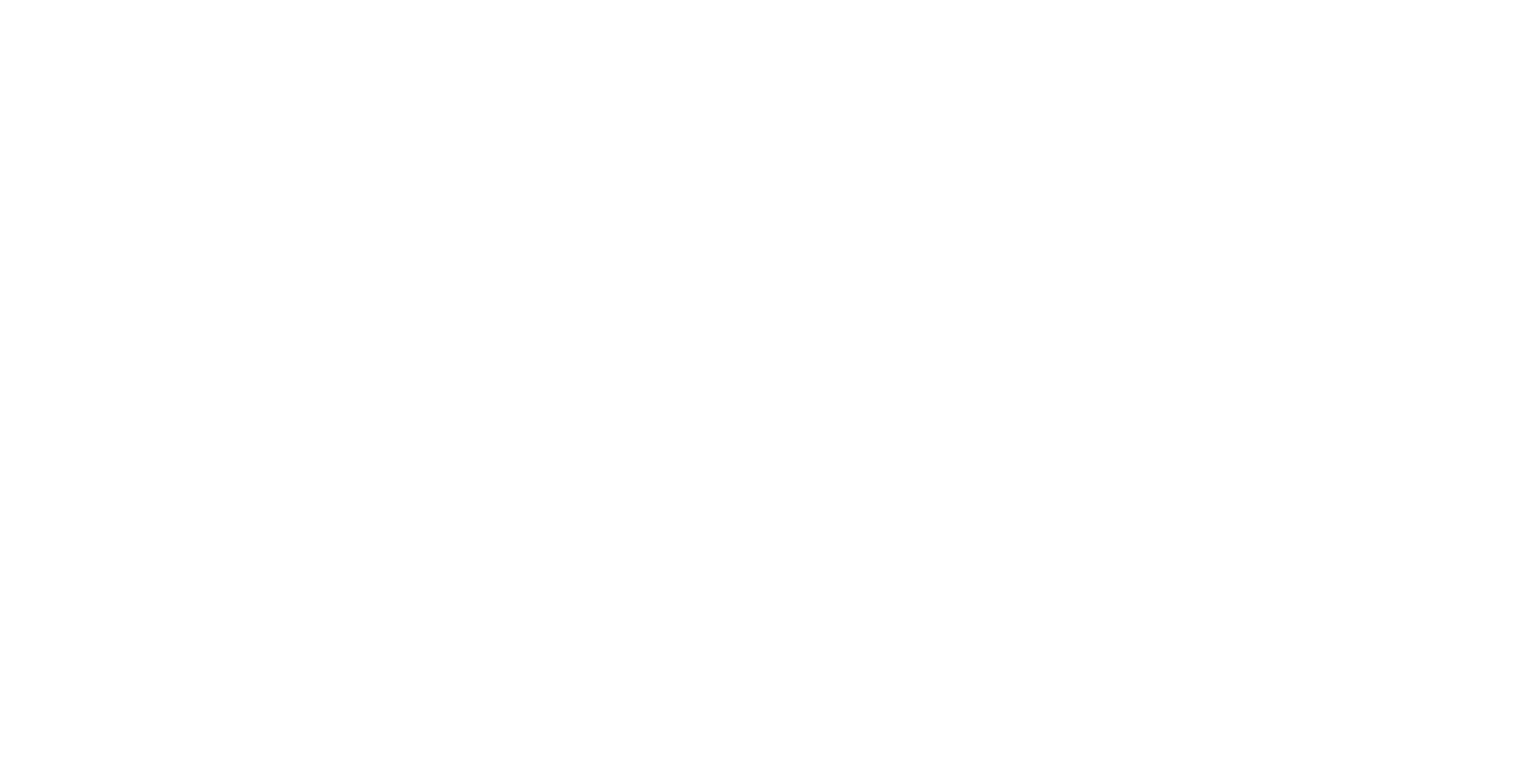 The Registered Trustees of
SC Clinic-Foundation